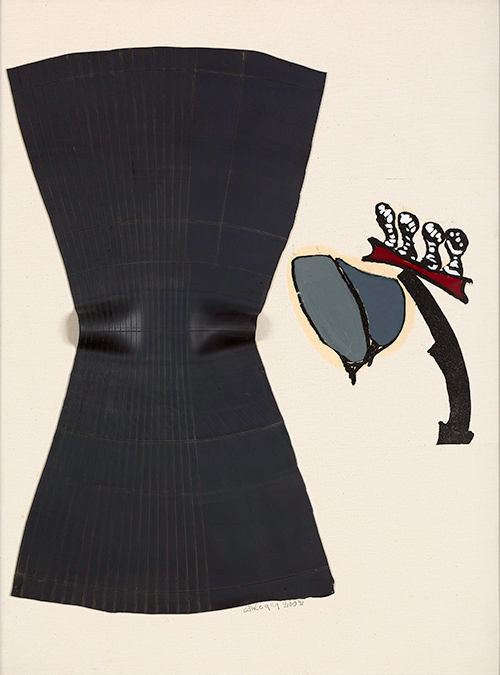 Happy and Indipendent and Modern

It is good to be independent from any artistic current and from all those influences that have an effect on our artistic formation. It is good to be able to create our very own poetic world that then becomes that place where both the artist and the spectator meet by means of a whole host of strokes, colours, fantasies and the opportunity to look beyond reality. Raoul Dufy and Carol Rama were solitary protagonists of a Twentieth century that has left us the legacy of the founders of Modernity such as Picasso, Matisse, Mondrian, Kandinsky, and, among Italian artists, Balla, Boccioni and De Chirico. Dufy and Rama pursued with lucid coherence an underground yet joyously vital artistic progression where greatness was measured by the very joy of being artists.
In the forthcoming auction in Milan on November 24th of Modern and Contemporary Art at the Sala Carroponte at Open Care, one of the highlights is a contagiously and chromatically enthusiastic painting by Raoul Dufy from 1929, entitled Nice, les barques, (in the catalogue raisonné , volume II, n. 473, page 54: Collection Barbaroux, Milan; “Exposition d’Art Francaise”, Palazzo Venezia, Rome, 1946). With exceptional mastery and a few mellow brush strokes, Dufy manages to re-create the fascino and the light of the Cote d’Azur, that favourite destination for the international tourist élite.
Carol Rama was exemplary on account of her creative independence throughout a long and fertile professional career. She began in the early 1930’s and spent almost all of her time with Felice Casorati (1883- 1963), who was the best-known and most influential artist in Turin at the time. His studio was a sparkling artistic and cultural club. Over the coming years, Rama became distinguished for her increasingly more personal style.. After having joined the Movimento Arte Concreta (MAC) – “The Movement for Concrete Art” – from the 1960’s right up to her death in 2015, she injected into her art an eccentric and sacrilegious vein that, in Prove a carico, a work in oil and rubber on canvas from 2002, wittily and abstractly incorporated an inner tube in rubber into this fine example of one of her works (missed the great retrospective exhibition dedicated to “The Passion According to Carol Rama” at the Modern Art Gallery in Turin until February 5, 2017).