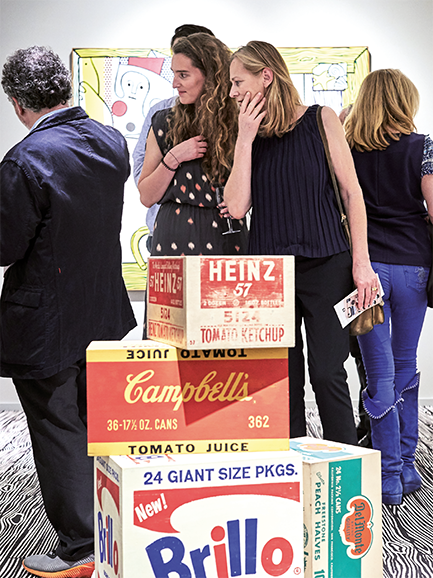 America, America and only America. This summarises the moment the world’s financial markets are currently going through. Wall Street is now practically the only square that is growing at breakneck speed even in this far-from-easy 2018. In September, the S&P 500 beat its highs several times at a rate of 3,000 and in October, it only slightly slowed down. The Nasdaq composite, the list of technology stocks, did the same, setting a series of records at the end of the summer and recording a slight decline in early autumn. These two markets were driven mainly by the increase in profits: for the S&P 500, the second quarter closed with a 25% increase in profits, driven above all by the tax cuts made by President Trump.
At the same time, Europe, on which almost all investors were betting at the beginning of the year, seems to have come to a standstill: Brexit, which is proving to be much more difficult than expected and which risks causing a frontal clash between the EU and London. Italy, which today is seen by the markets as a very serious patient, the end of quantitative easing by the ECB, the hint of trade war with the U.S., the rise in oil prices and a conflict within the EU, perhaps unprecedented. All this is taking a heavy toll on the continent. The emerging markets are not doing much better: they are affected by the trade war with the U.S. and struggling with various structural problems, especially in the weakest and most exposed economies, such as Brazil, Indonesia, the Philippines, Argentina, Turkey and others. Basically, the only place where you can invest with some confidence is now the United States. But is it true? Will this decoupling between the US and the rest of the world continue? It’s clear that, as long as there’s still strong optimism across the Atlantic, the art market, whose most important square on the planet is New York, is destined to grow even more. However, if Wall Street started to fall, even the most important auctions would suffer heavy consequences.
It’s a shame, however, that today very few people have a clear idea of what will happen on the American market. At present, everyone is trying to stay within a price list that is only giving profits, but there are certainly signs of nervousness: for example, at the end of July, Facebook, one of the flagship titles of the American It, lost 23% in a single day. This fall was caused by the fact that revenues in the second quarter were “only” $13.23 billion against market expectations of $13.25 billion. Besides, in the first week of October, both S&P 500 and Nasdaq recorded losses between 5 % and 6 % in two days, with a slow and partial recovery (data as at 19 October).
At the same time, the U.S. is witnessing a continuous rise in interest rates and currently the reference rate determined by the Federal Reserve is 2.25%, with an almost 0.25% certain rise expected by the end of the year and another three for 2019. It means that, within a year, the cost of money in the U.S. will be around 3.25%, with the 10-year Treasury expected to well exceed 4%. Already today, this title has a performance almost identical to the Italian Btp and this is certainly not a good reference. In addition, the tax cut wanted by the Trump administration will have an estimated cost of about $ 1.5 trillion, a figure that will heavily affect the accounts of the state, already totally out of control. Finally, the trade war, which has hitherto mainly hurt emerging countries, has been going on and risks having serious consequences also for the States should it continue.
It all reminds a bit of that man who, falling from the tenth floor, arrived at the fourth and said “So far, so good” (as Voltaire said).
In a recent survey of 23 of the world’s leading multi-asset money managers (i.e. managers who operate with maximum freedom and without benchmarking constraints), the vast majority responded that they are lightening their positions in the U.S. stock market. Many said that they are waiting but no one said they are leaving. In other words, everyone is cautious but still firmly inside the market, ready to run away at the first warning signs.
This is probably the wisest thing to do right now also in the world of art: exploiting the advantages of an ongoing growth as long as possible but watching out and being careful not to be left holding the baby.