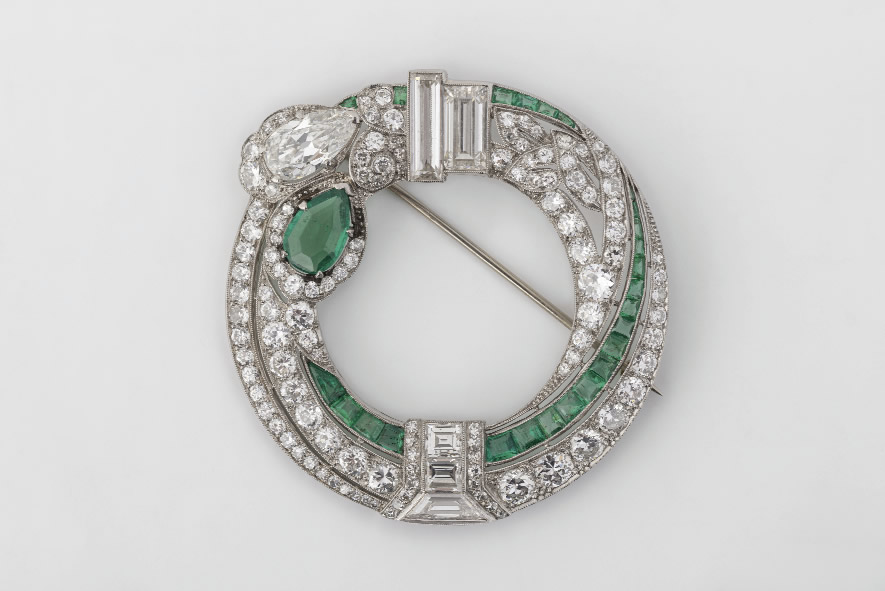 “Create your own style. Let it be unique and immediately recognisable,” declares Anna Wintour, director of Vogue America and the great and only queen of fashion – celebrated by a superlative performance by Meryl Streep in ‘Devil Wears Prada’ in 2006 – capturing in one sentence the two totems of contemporaneity: uniqueness and recognisability.
The upcoming Luxury Jewellery, Watches and Handbags auction in Monte Carlo will feature objects of great beauty and workmanship that fully meet these exclusive prerogatives. Starting with a fantastic circular brooch in platinum, emeralds and diamonds signed in 1927 by Oscar Heyman & Brothers, whose rigour represents the essential and timeless beauty of Art Deco. Continuing with a necklace in gold and Egyptian statuettes attributed to Castellani, one of the most celebrated Roman goldsmith families of the 19th century. Here, the fashion for the millenary history of the pharaohs born with the Napoleonic Egyptian campaign of 1798 – 1801 – which became very fashionable in the first decades of the 19th century – is still present. Definitely unique is the ring in platinum, Colombian emerald and diamonds signed by the great Venetian goldsmith family Codognato.

The Rolex Paul Newman Daytona is a must-have in Swiss watchmaking of the 1960s and 1970s because of its contrasting minute track, which makes the dial look smaller, and the typical lollipop index with square tops printed in the sub-dials that make it totally different and much more visible than the normal dial.

Finally, the Birkin by Hermes is an icon of twentieth-century handbags, as timeless as its myth, handed down from mother to daughter for its balance between impeccable design and a practicality that meets the space requirements of all generations of women. This and other bags are part of a collection that also includes designer clothes, which will be donated to charity for the Marchi Clinic in Milan.