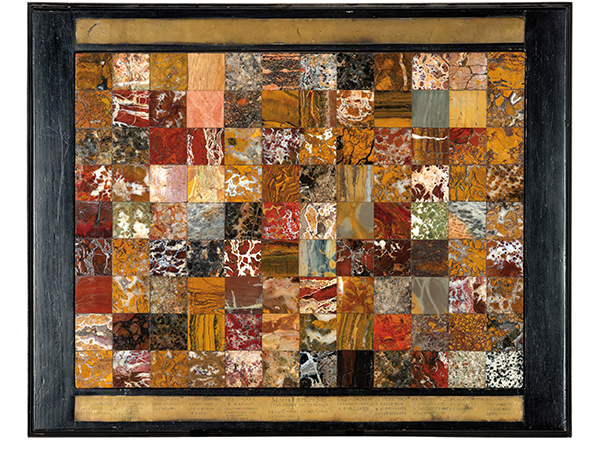 Plan in different marbles with samples of precious stones and jasper from Sicily
in ca. 1775
Awarded at € 235,600

Following closely in the wake of successes this last year at Wannenes, the first semester in the Department of Furniture and Decorative Arts has enjoyed a substantial improvement with an increase of over 61.1% compared to the same semester in 2015 with a total of 1,884,568 Euro.
The sale in March achieved a total of 71.6% of lots sold and 141.7% of lots sold by value. The polychrome wooden head of Saint John was of museum quality and was made by the circle of Vecchietta in the Fifteenth century, as were the two headless statues in stone made by a Tuscan sculptor from the Fourteenth century and depicting Faith and Charity, both selling for 136,400 Euro.
The May sales were exceptionally positive with 71.7% of lots sold and 101.8% of lots sold by value. The price achieved for a table in semi-precious and rough stones from Sicily, dated to the last quarter of the Eighteenth century, was 235,600 Euro.