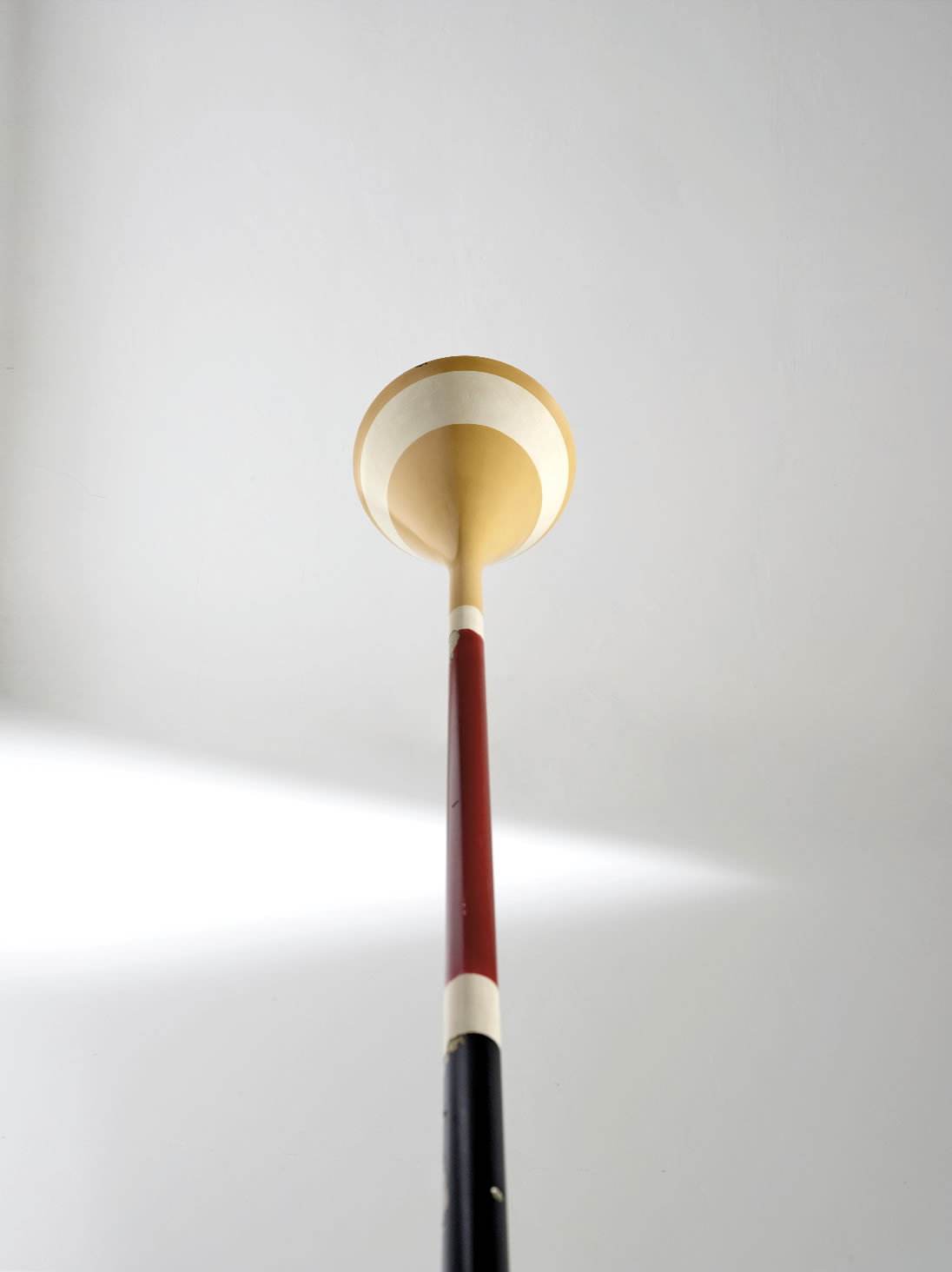 Ettore Sottsass and the shape of the soul

Ettore Sottsass is an ingenious artist lent to industrial design. He shapes ideas as a sculptor shapes clay and marble. Like Cezanné, he uses elementary forms and like Picasso he deconstructs to compose again.
At the Forme auction on June 17th 2019, one of his rare lamps for Arredoluce from around 1956, model 12731, was sold. The lamp well explains the creative flair with which he approached the design of an illuminating structure.
It is a totem with horizontal lines and an hourglass on top, mysterious in its hybrid, imperfect nature, between sculpture and lamp. Imprecise colourful strokes painted by hand that lay the foundations of a new design that will bring about that strong change that society was experiencing, that “design theory”, the privilege of the few, which combined form and function.
A playful modernity that is ahead of that Sixty-eight that would lead not only to a revolution in costumes, but also to a different role of the designer. From a simple creator of useful and reproducible objects, he became the protagonist of a present to be imagined, where a lamp can be a work of art that furnishes the space of the soul.