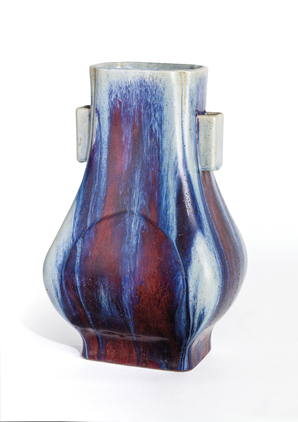 The Oriental Art Department held an auction in June 2016 with a performance that reflected the successes of the previous year (with a 3.3% increase), with 62.8% of lots sold and a considerable 412% of lots sold in terms of value. There were several high profile lots sold: a porcelain cup decorated with lotus flowers in Ming style, Qing Dynasty, marked from the Yongzheng period (1723-1735) reached the astounding hammer price of 210,800 euro. A glazed flambé vase, Fanghu, also from the Qing Dynasty, marked and with an engraved seal from the Qianlong period (1736-1795) topped 105,400 euro in the auction room. A small wooden cupboard with decorations in relief from the Qing Dynasty from the Nineteenth century was sold for 86,800 euro and an engraved round jade shield in dark green from the Qing Dynasty (18th-19th centuries) went under the hammer at 80,600 euro.