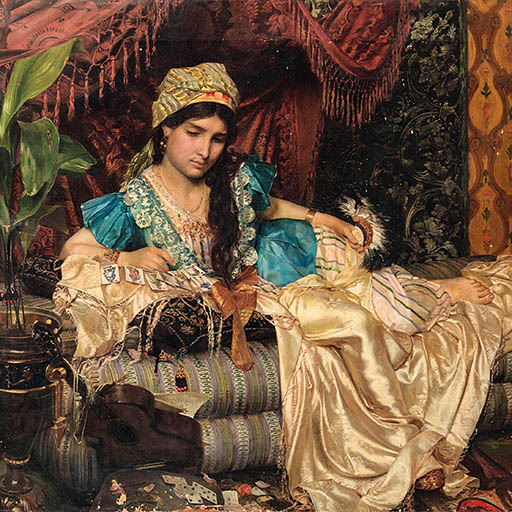 The 19th century Paintings Department featured a top lot last year with The Card Reader, a slim young maiden inside a harem and intent on reading the cards, selling for 32,240 euro. The second top lot was a romantic view of Paestum by Antonio Pitloo where any inherent Grand Tour suggestions are enhanced by the descriptive traditions of Flanders – the lot sold for 27,280 euro. Lastly, the near-theatrical painting by Alessandro Pigna featuring The Speech of Emperor Trajan, a highly significant example of the influence exercised by Sir Lawrence Alma Tadema on Italian art at the end of the 19th century sold for 24,800 euro.