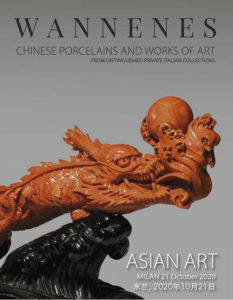 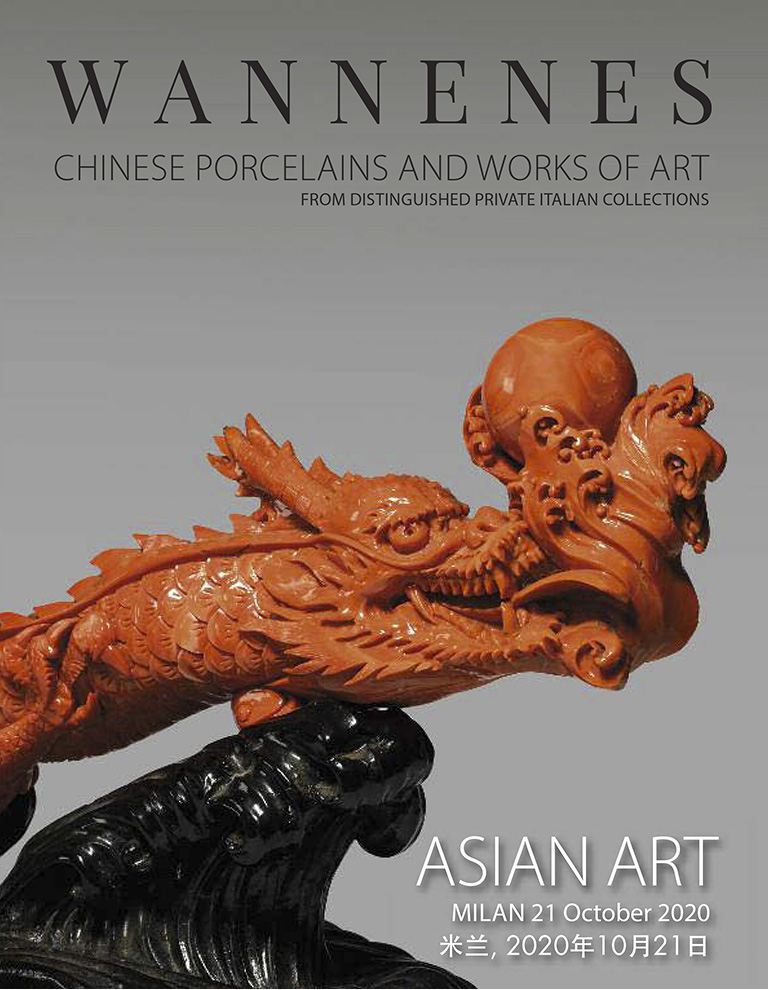 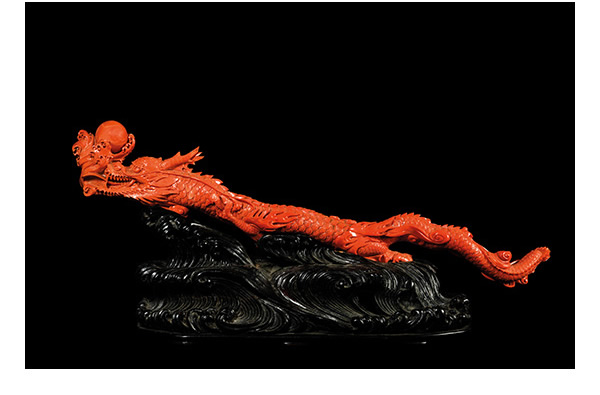 The beast finely and elaborately carved in the round as a scaly dragon writhing sinuously amidst swollen waves and flames, with its ferocious expression depicted with bearded chin and a pair of horns with its bulging eyes, and a long nose, rendered in the act of following the magic pearl, between swirls cresting waves, the long body on the underside reveals holding in one of its three-clawed paws the magic pearl between a tumultuous cresting waves, and finishing with a long scaly tail, the round body reveal the coral of a beautiful red-orange tone, under the corresponding dragon head, two Chinese characters: brightness (guan) and benefit (li). The dragon poses on a good carved wood base, following the motif of swollen cresting huge waves. In very good condition for a coral piece of this large size, a small piece missing on the top of a dragon-horn approx. 0,4 cm. and a small hairline on the head, the dragon has been broken in half and re stuck in the far past time, but not from a professional restorer, where it is the join we can see still remaining traces of glue, another two or three very small chip, including one on a wave, tiny nicks and very minor surface wear.
73,2 cm wide, 3.244,20 gr
Stima € 15.000 - 20.000 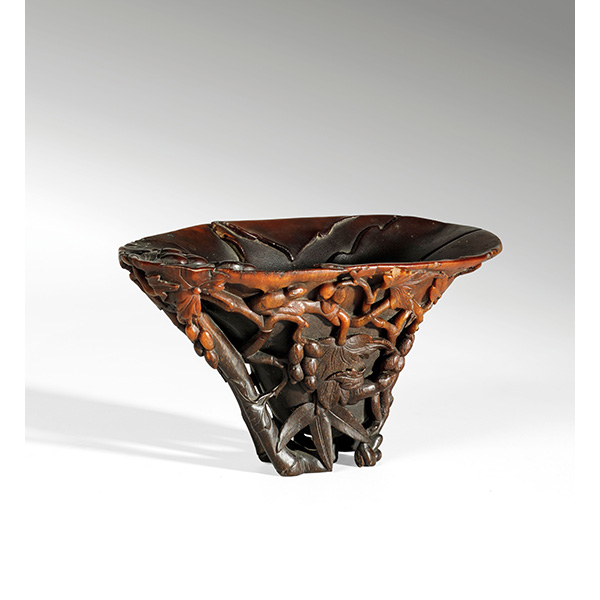 The body nicely carved as four large overlapping leaves, their tips folding over the rim to the exterior which is carved with squirrels clambering amidst heavily laden grape vines, the two thick branches forming the openwork handle and base and trailing over into the interior bearing two more ripe bunches of grapes. In good condition with only two little pieces lost to the base, a small flake and a small flaw on the mouth rim.
17,2 cm wide, 9,8 cm high
Stima € 12.000 - 16.000 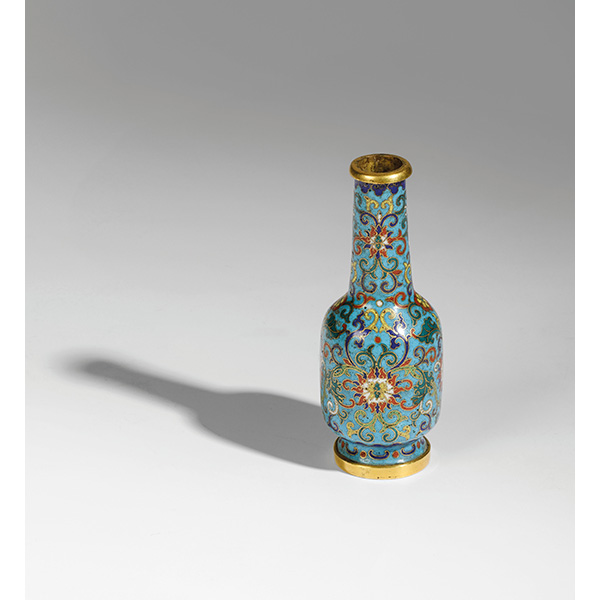 Cast with a cylindrical body resting on a straight short foot the sloping shoulders of the vase towards a narrower neck and a slightly protruding mouth rim, decorated in bright cloisonné enamels with lotus blooms borne on curling foliate stems, all against a bright turquoise ground, the base incised with a four characters horizontal reign mark. In very good condition very minute flakes on the enamels, some pitting, and light wear.
14,4 cm high, 5,1 cm wide
Stima € 5.000 - 8.000