History leaves its traces in a carpet. The ‘craft’ of weaving is very ancient and was present over the centuries in almost all continents, in almost all countries. There are still areas to be considered though, areas that have not been specifically studied and that can be developed. The next auction of Carpets and Ancient Fabrics, that will be held in June, becomes a moment of precious knowledge where you can get in touch with real rarities of textile art as a large fragment of carpet from Azerbaijan of the Eighteenth century,  more precisely, from the Caucasian area of Kuba or Nagorno Karabagh, made for a Beylerbey from the province of the Safavid Empire, decorated with large leaves and palmettes or Harshang on a blue background, with particular detail of the border with decidedly important measures (478 x 278 cm).

In Ottoman, the word Baylerbeyi means “Bei of the Bey” or “Commander of the Commanders”. This title was used to indicate the highest rank of the local administrators who, as officers of the Ottoman army, were called Pashas.

Two variants are displayed at the Türk ve İslam Eserleri Museum in Istanbul: the first with round medallions with double hook perimeter, and a later version with a very wide and beautiful border, similar to the specimen that will be presented in the auction, which has a bright yellow colour. Normally this majestic decoration is seen in the so-called Compartment and Three Rug models of the Eighteenth century from North-Western Persia, now on display in museums.

Also from Azerbaijan, a splendid Kilim Kuba, probably dated 1900, stands out for its beauty and proportions, with the rare “car” motif (350 x 225 cm). Also noteworthy is an ancient and large Derbend carpet made in about 1870 in the area of Caucasian Dagestan, whose chromatic composition is beautiful and characterised by the abundant use of aubergine colour (242 x 150 cm). 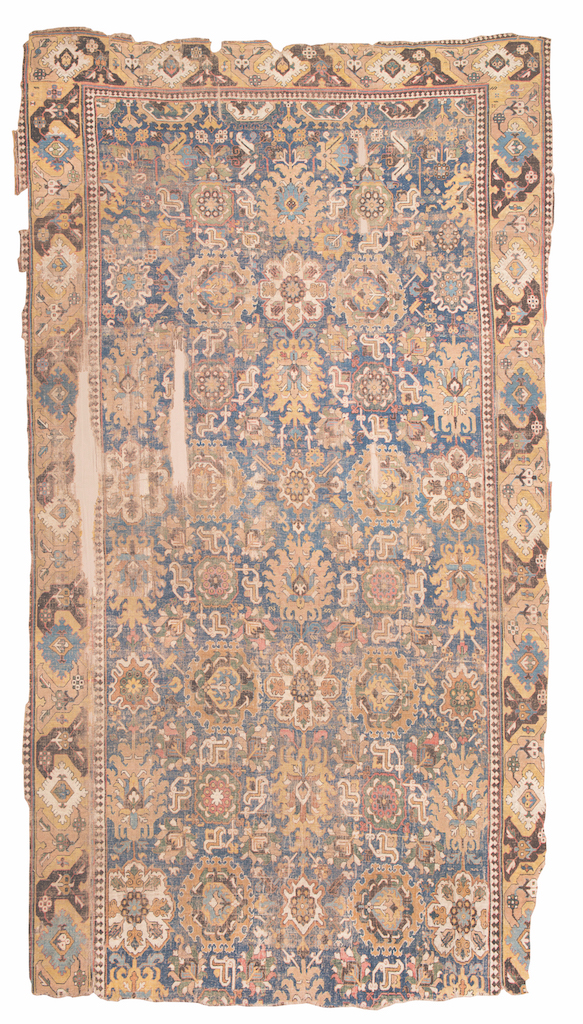 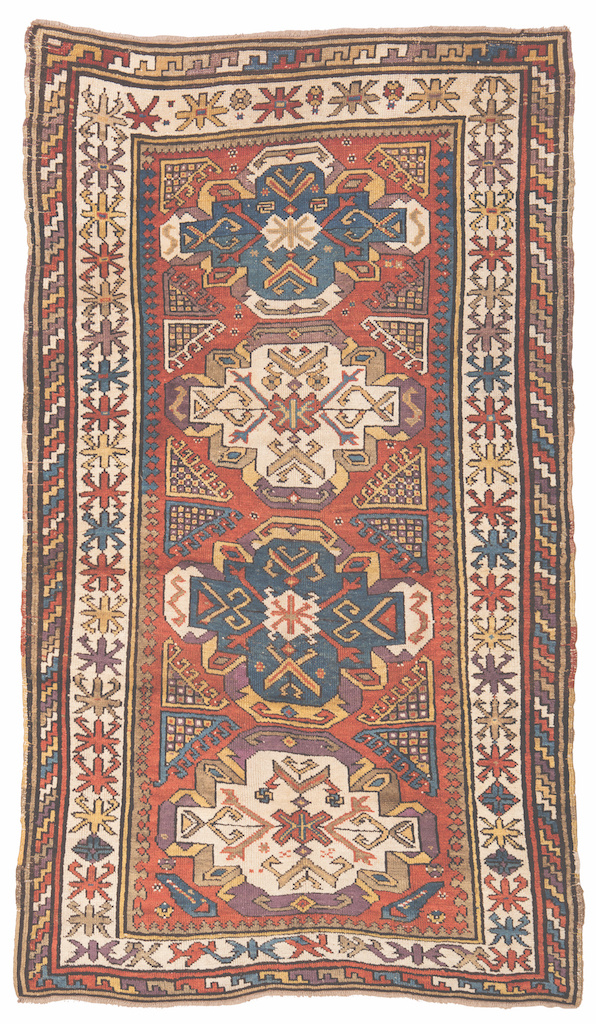