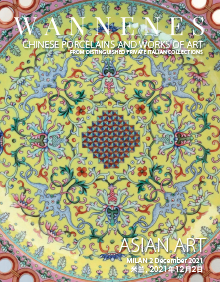 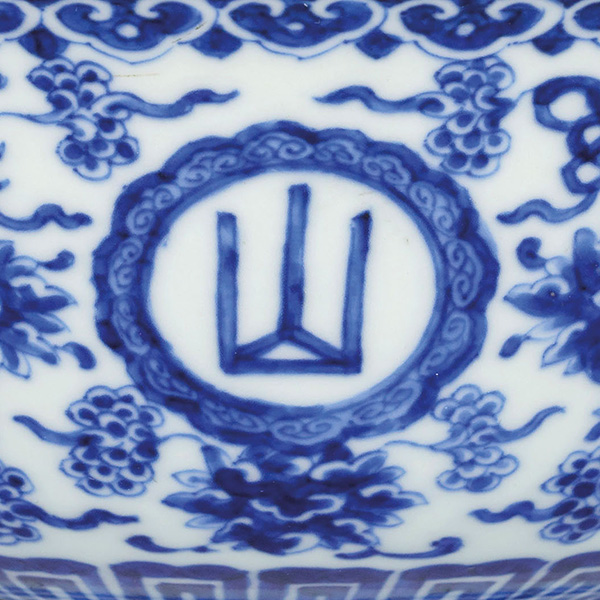 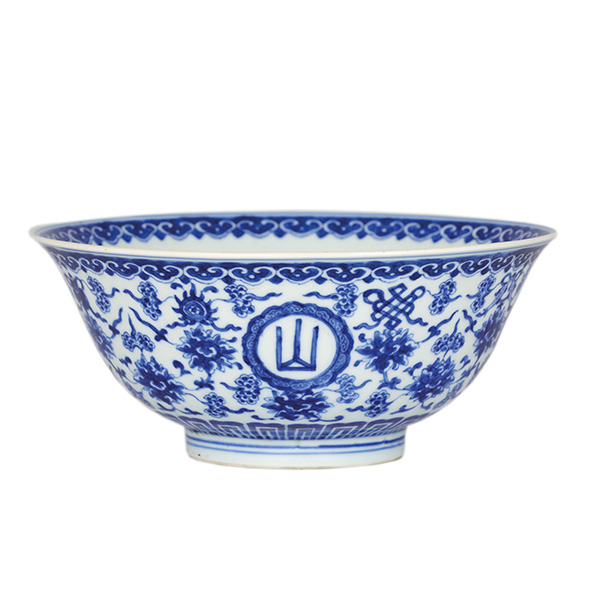 80 | premium
A RARE AND BEAUTIFUL BLUE AND WHITE BUDDHIST EMBLEM BOWL, CHINA, QIANLONG BING WU FOUR-CHARACTER MARK IN UNDERGLAZE BLUE WITHIN A DOUBLE CIRCLE, CORRESPONDING TO 1786, AND OF THE PERIOD

With steeply rounded sides rising to an everted rim, painted around the body in tones of deep cobalt blue with four ruyi-head bordered roundels enclosing four Sanskrit characters reading Shangao-shuichng ( high as the mountain and long as the river), interspersed amongst lotus sprays and beribboned Bajixiang (Eight Buddhist Emblems), all between a classic scroll between a ruyi band above and a lappet band below, with a further ruyi band on the interior rim: the interior with a centred shou character. The base with a four-character mark in underglaze blue: Bing Wu Qianlong. In very good conditions, very minute surface scratch and very minor firing imperfections especially visible to the interior. 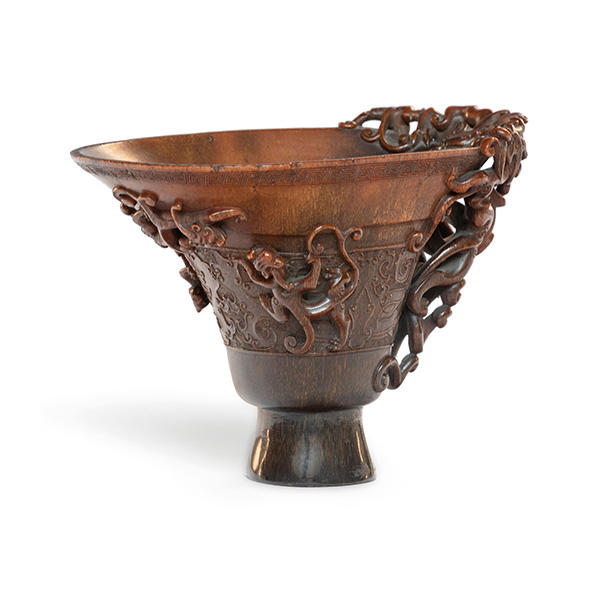 The large sized cup with an elegantly proportioned tapering body raised on a splayed foot, the exterior well carved in shallow relief around the mid-section with a band of stylized archaistic motif, further intricately decorated in high relief with seven playful sinuous chilongs, one end with a fine openwork with four of them clambering up the handle two of which peering over the rim with the largest dragon going through the handle ring of the cup, each side with one chilong and the front with one further chilong looking on the side to see the companion, the exterior and the top rim with a key-fret band above a conforming stepped well. In very good conditions, apart a few very minute chips as we can see from the image around the mouth rim. 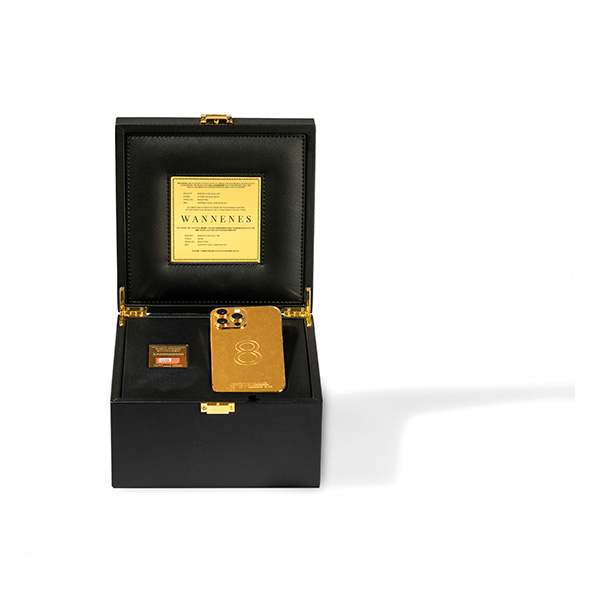 This sim card belongs to the category of Sim cards with exclusive and rare numbers all over the world. It has number portability; therefore, it is possible to change the preferred operator that can offer the best contract on the belonged market. The property is in contact with a Chinese provider who operates also in the country of the Sim which can offer a very convenient tarif in the country of pertinence of the Sim and in Chinese territories (some information sheets are available). The change of property can be done in few working days after the payment.